Corona – where do you think it came from? 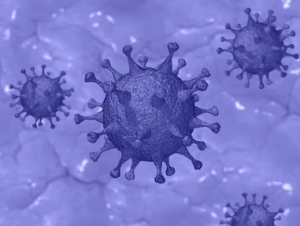 A lot of debate centres on the nature of Covid-19, how it suddenly appeared and spread, and why countries are taking such extreme precautions when more people die of flu each year. One reason put forward is that, while flu is a known, and understood, Covid-19 is an unknown and spreads much faster. The official statistics for flu vary wildly in numbers, especially in UK, because the way in which cases are counted is, shall we say, somewhat lax. Equally it has to be said that the vast majority of reported deaths from Covid-19 have been people with “underlying health issues”.

There is much speculation about how and where it all began. Here are just some of the theories:

1. Wet markets appeared in China post Mao, after millions had died of starvation under his regime. These allowed the sale of wild animals as well as the usual domestic cats and dogs for human consumption. All sorts of creatures great and small are nowadays kept in cages and killed in front of the customer (to ensure freshness) in conditions that would make Health & Safety and Trading Standards officials cry.
The Provincial Wholesale Seafood Market (according to The National Review magazine in US) is very large, covering some 540,000 square feet and in addition to seafood sells a depressing range of other wildlife. Bats have been blamed for carrying and spreading the virus, and now pangolins are in the frame too, as a go-between from bats to humans.

2. Wuhan has a facility similar to the UK’s Porton Down, where all manner of things are created in test tubes. It has been suggested that Covid-19 was created in Wuhan and tested on laboratory animals. Under normal circumstances, once experiments are completed, the hapless animals are killed and their carcasses destroyed. Did laboratory workers take some of the laboratory animals to the market to sell, to earn a bit of pocket money, instead of destroying them?

3. The virus was created in a test tube in US, taken to China and released at the market in Wuhan so that it would destroy the Chinese economy, as China is on the rise just as America’s power is waning.

4, The virus was created in a test tube in China and released into the world to destroy the American economy. Yes, China took the first hit, but seems to have controlled it well. The Chinese have always taken
a long-term view (our politicians don’t seem to look beyond the next election) and so it was a case of, “this will hurt us, but in the long term it will hurt you more.”

5. It’s a programme of population control by the Elite, designed to help bring the human population down to what is considered a manageable number – according to the Georgia Guidestones this should be less than 500 million.

6. It’s not a virus at all, but rather the effects of 5G radiation, Wuhan being the first city to be completely wired and “switched on”, and northern Italy also being heavily wired, as with other centres of serious outbreaks.

7. What are They doing while We are all tucked up at home out of the way?? It seems there are an awful lot of 5G masts appearing all over the country, even in places that had previously declared a moratorium.

I will not lead the witness – the truth may well be in there somewhere – up to you to decide what resonates with you.