Stand your Ground. Speak your Truth. Shine your Light.

As I write this, 7th January 2021, the world is in a state of flux. According to the UK Main Stream Media (MSM), there was anarchy in Washington DC last night as supporters of Donald Trump stormed Capitol Hill..
The other side of the coin is that those who did the “storming” were, in fact, paid Antifa activists / actors, and the media cameras just so happened to be perfectly positioned to capture the photos that were sent around the world.

Leading Governments are quick to condemn the violence in US, the home of democracy – although perhaps Italy might be a tad quieter than some, as it has its own challenges including some satellites named after Sr da Vinci.

Here in UK, there is a different cocktail for we “peasants” to contend with – the ongoing saga of Covid-19 and its apparent variants, and Brexit rules that are becoming obvious as the month unfolds.

We are aware, are we not, that “thoughts are things, and things have wings”. The thoughts we have, and the emotions too, feed into the collective. So if you are feeling very happy, and thinking loving thoughts, there is a positive impact on the collective energy, and those ripples will spread far and wide. Likewise, if you are feeling fear, confusion, frustration, anger – as so many people are right now – that is what is being fed into the collective energy and that too will spread far and wide.

I was hit by a wave of something this morning that definitely was not mine – it was grumpy and petulant and very cross indeed! I did not realise it has sneaked up on me until I replied to  an email from a friend of mine, in which he had made a tongue-in-cheek remark about my techie skills (or lack of them!). I found myself hitting back, totally unnecessarily, and had to re-wind and, more importantly, re-write the message. Checking in with myself, I found this lump of smouldering anger and frustration which was released with a good blast of fresh air on a walk in nature.

We are in a process of major energy shift, we are all becoming more sensitive – and that is a double-edged sword at this time of the chaos of change. It’s a bit like going through puberty (remember that?) when your hormones were totally out of control, and having growing pains, all at the same time. You don’t like what’s going on, you can’t control it, and you just hope it will be better when it’s all over!

The mantra of the Indigo Tribe is:  Stand your Ground. Speak your Truth. Shine your Light.
That has never been so relevant as now.
We need to stay grounded, and not be blown off course.
We need to share our knowledge and our understanding of what is happening at that higher, energetic level – but don’t get sucked into arguments about politics, that will only drag you into the swirling downward spiral of negativity and fear.
And keep your light shining bright. Be a beacon for those who are trying to find their way out of the mire, who are 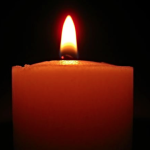 waking up and realising there is more, so much more …

The support of like-minded souls is very important right now, and that is where groups and tribes such as Indigo Umbrella are so important. Just to sit in that energy, to be able to share your views, to talk about your beliefs openly, and to know that you are not alone – all of that is very reassuring.

Your cart is currently empty!